Offaly staved off a second half comeback by Louth to seal their first win in Division 3 of the Allianz League in Drogheda.

There were just a couple of rescheduled fixtures in the two lower tiers on Sunday, and although both were played in testing conditions, Offaly and Wicklow claimed important wins. 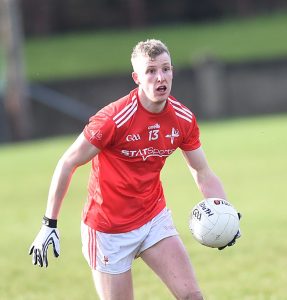 Offaly had shown plenty of promise in their opening rounds but fell to defeat against Cork and drew against Longford.
They made the trip to Louth looking to keep their promotion hopes alive and early goals from Anton Sullivan and Ruairi McNamee were the crucial scores.

Those two goals helped Offaly into a 2-4 to 0-0 lead after just 16 minutes of the first half. The visitors would eventually take a 2-7 to 0-3 advantage into the break after playing with the breeze at their backs. 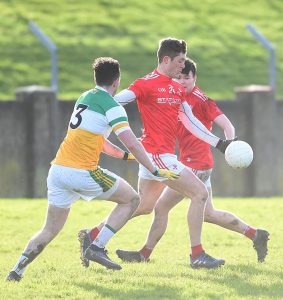 Louth sub Declan Byrne who had a massive impact after coming on.

There was always likely to be an onslaught from Louth in the second half, and the expected surge happened with Sam Mulroy and Conor Grimes finding the back of the Offaly net. 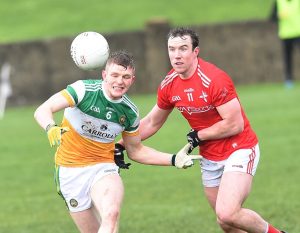 It set up a grandstand finish but Offaly had enough in the locker to see the win out, and turn their attentions to moving up the table.

Armagh leave it late to see off ...

Today we conclude a busy week of Staff Training!

Many thanks to all who led sessions throughout where we covered all tonnes of areas;

GAA jerseys, leisurewear including t-shirts, tracksuit bottoms, half-zips, hoodies and jackets are all reduced to clear.