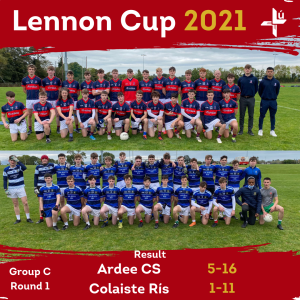 A blistering first 10 minutes saw ArdeeCC race into a 2-5 to no score lead and effectively end this match as a contest. It will be a disappointment for the Dundalk team as they had prepared well for the match and would have harboured ambitions of causing a shock.

Instead Ardee and Harry Butterly in particular put them to the sword. After 12 minutes the Stabannon sharpshooter had 3 goals and a point to his name. Colaiste Ris struggled to win their own kickouts and James Rogers and Aaron Levins gave Ardee a great platform to build on. In fairness to Colaiste Ris they battled on despite also going against the elements. Late scores in the half from Aidan Corrigan , Fionn Comiskey and Darragh Conlon gave them something to build on in the second half. 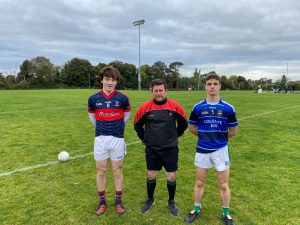 Ardee however continued to keep the scoreboard ticking, further goals from Tadhg McDonnell & Ciaran McConnon were no more than they deserved. For Colaiste Ris, Kieran McArdle and Fionn Comiskey battled hard and Rory Kirk scored a consolation goal. 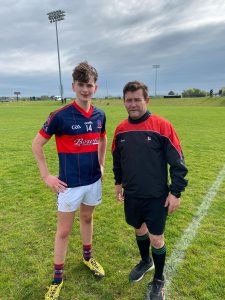 Ardee will be favourites to top this group now and secure a place in the Lennon Cup semifinals. 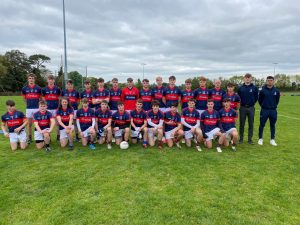 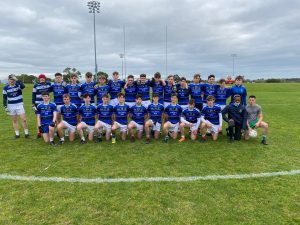